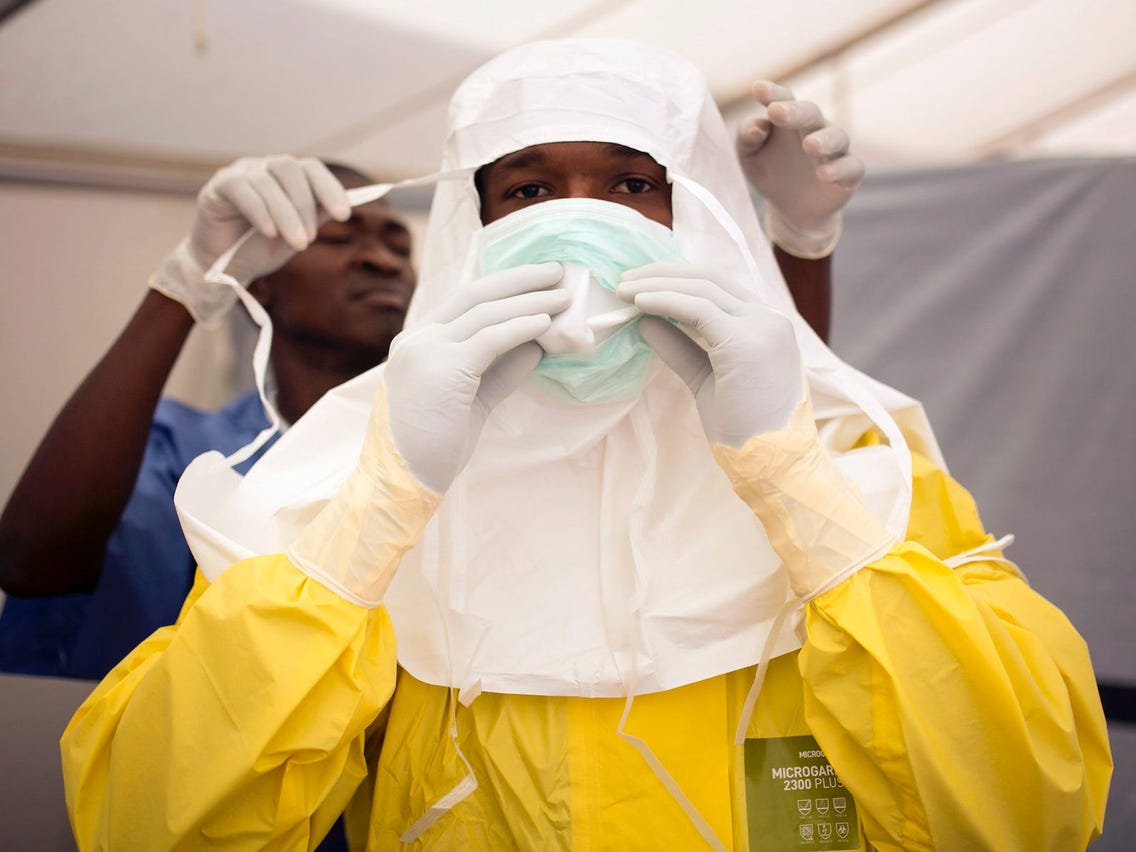 There has been another wave of the Ebola virus disease in Guinea and DR Congo. [Photo credit: Morgan McFall-Johnson/WHO]

As the world battles against the devastating effects of the coronavirus pandemic, few African countries are witnessing an outbreak of another deadly virus; Ebola virus. On 14 February 2021, health authorities in Guinea declared another outbreak, seven years after the first. Although still in its early stages, the virus has killed persons, while several others are receiving treatment.

“The worst mistake anyone can make about Ebola is to underestimate Ebola” – University lecturer Mosoka Fallah looks at lessons from the past and the new tools to tackle #Ebola: https://t.co/i742O7st29

ALSO READ: DISCUSSION: Will You Take The COVID-19 Vaccine When It Becomes Available?

As regional and global health authorities continue the scramble to arrest the situation, several key questions are emerging. This includes how the government should handle the new outbreak using past experience. Considering the already battered economy and stretching of health facilities by COVID-19, an ebola epidemic will have dire consequences.

Timeline of Past Ebola Virus Outbreaks

After the first outbreak of the Ebola Virus Disease in Zaire in 1976, the 2014 outbreak was the deadliest. Here is a brief rundown of previous outbreaks.

How are African countries Handling the Latest Outbreak?

A week after the first diagnosed case, Health officials from Guinea, Liberia, and Sierra Leone mobilized to retrieve thousands of vaccine doses. With the compliance of the World Health Organization (who supplied the vaccines), vaccination began with government officials and infected patients in Conakry, the epicenter of the latest outbreak.

A supply of over 11,000 #Ebola vaccines sent by @WHO arrive in Conakry airport, #Guinea🇬🇳. The cargo was transported from Senegal by gvt plane after bad weather caused a stop-over in Dakar. Timely vaccination will be crucial in curbing the Ebola outbreak. pic.twitter.com/05mIuxvDqA

ALSO READ: Last Ebola Patient In Congo Discharged But The Battle May Be Far From Over

In DR Congo, four days after diagnosing the first case, the health ministry launched a vaccination campaign. The campaign has helped vaccinate thousands in the Eastern region of the country. In both countries where the outbreak occurred, most patients have recovered and thousands are being vaccinated.

A total of 6 #Ebola cases now confirmed in #DRC, including 2 health worker infections. @WHO is on-ground supporting vaccination efforts. Over 250 health workers and high-risk contacts have been vaccinated. pic.twitter.com/oGPCOBUnGi

Will Previous Tactics Work this Time Around?

Before the development of the Ebola virus vaccine, DR Congo registered 10 outbreaks. This will be their eleventh. It is a similar story for Guinea with over 5 outbreaks since 1976. Prior to the vaccine era, most governments relied on quick identification of cases and quarantine to curb the spread. However, the on-going COVID-19 will make that approach difficult.

#Ebola vaccination begins in #Gouecke less than 24 hours after vaccines arrived in Conakry. This remarkable speed is thanks to enormous capacity built during the 2014 outbreak + experience of #Guinea's experts who supported recent #DRC Ebola outbreak response. https://t.co/AiOtIRYGlk

Thanks to quick deployment of vaccines, there is a chance that the story will be different this time. Following the launch of vaccination program, both nations continue to record steady declines in infection rates. Hopefully, people will volunteer to take the vaccine without skepticism like the case of COVID-19 vaccine. Notwithstanding that there is now a vaccine against Ebola virus, there should never be complacency in the fight to wipe it out once and for all.

Ghana Is The First African Country To Recieve COVID-19 Vaccine Through COVAX initiative. Will Ghanaians Take It?