Traditional African clothing and fashion represent one of—if not the biggest—symbols of the continent’s rich cultural heritage and diversity. Across the continent, different ethnic groups pride themselves on their traditional dresses, which they wear for special occasions, traditional festivals, special events, and also to everyday business. This makes for a colorful, elegant, and also vibrant scene wherever you go in Africa.

Often, these dresses also reflect the traditional society and the status of certain individuals or groups within an ethnic group. These ethnic dresses can help you connect with your roots irrespective of the part of the world you live in. All 11 traditional African clothing on our list fairly represent all regions of the continent.

What is Traditional African Clothing made of?

Fabrics for making traditional African clothing vary from one region to another. For instance, while Sahelian Africans prefer cotton Boubous, Northern Africans naturally make theirs of silk. African clothes are products of mostly silk, cotton, and chiffon material. Sometimes, the preferred fabric boils down to what is readily available in each region.

Where can I buy authentic African clothing?

There are several outlets for you to buy African fabrics. However, to be sure you are getting authentic textile from top-class designers, only visit reputable outlets. Iwearafrican offers some of the best quality fabrics with the most friendly prices. Let’s have a look at 10 traditional African clothing and their origin.

Kente is a unisex traditional African clothing cloth that finds its history among the Ashanti and Ewe people of Ghana. It is made out of cloth strips of silk and/or cotton, designed to fit the cloth’s patterns. However, despite technological advancements, native Ashantis still weave their Kente clothes by hand. Historically, Ghanaian royalties wore the fabric in a toga-like fashion. However, today, because of the popularity of Kente patterns, Kente print has become widely popular in Asia and the West. 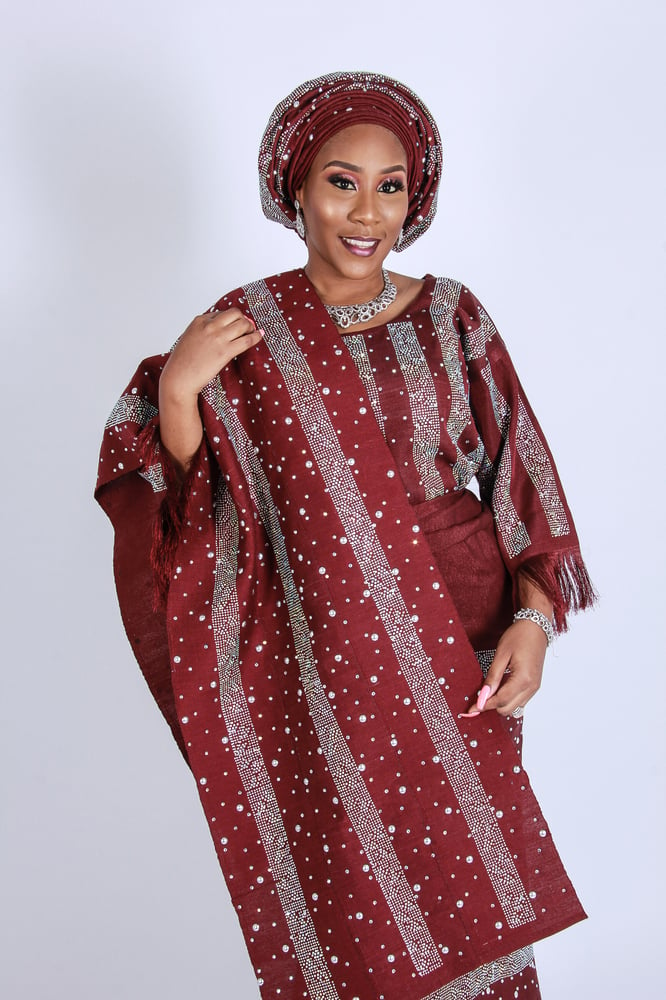 Iro and Buba (originally Iro ati Buba by the Yorubas), is native to Yoruba women of Nigeria. The original version of the dress features five pieces. There is the Iro, a large wrapper tied to fit around the waist. Buba is a loose blouse worn on the upper part of the body. Gele is a head-tie which Nigerian women are globally famous for. The Pele is a short fabric tied on top of the Iro around the waist. The Iborun is a scarf that runs around the upper left part body from the left shoulder. However, trendsetters are doing away with the Pele and Iborun, replacing the traditional Aso Oke with other fabrics such as lace, cotton, or chiffon. 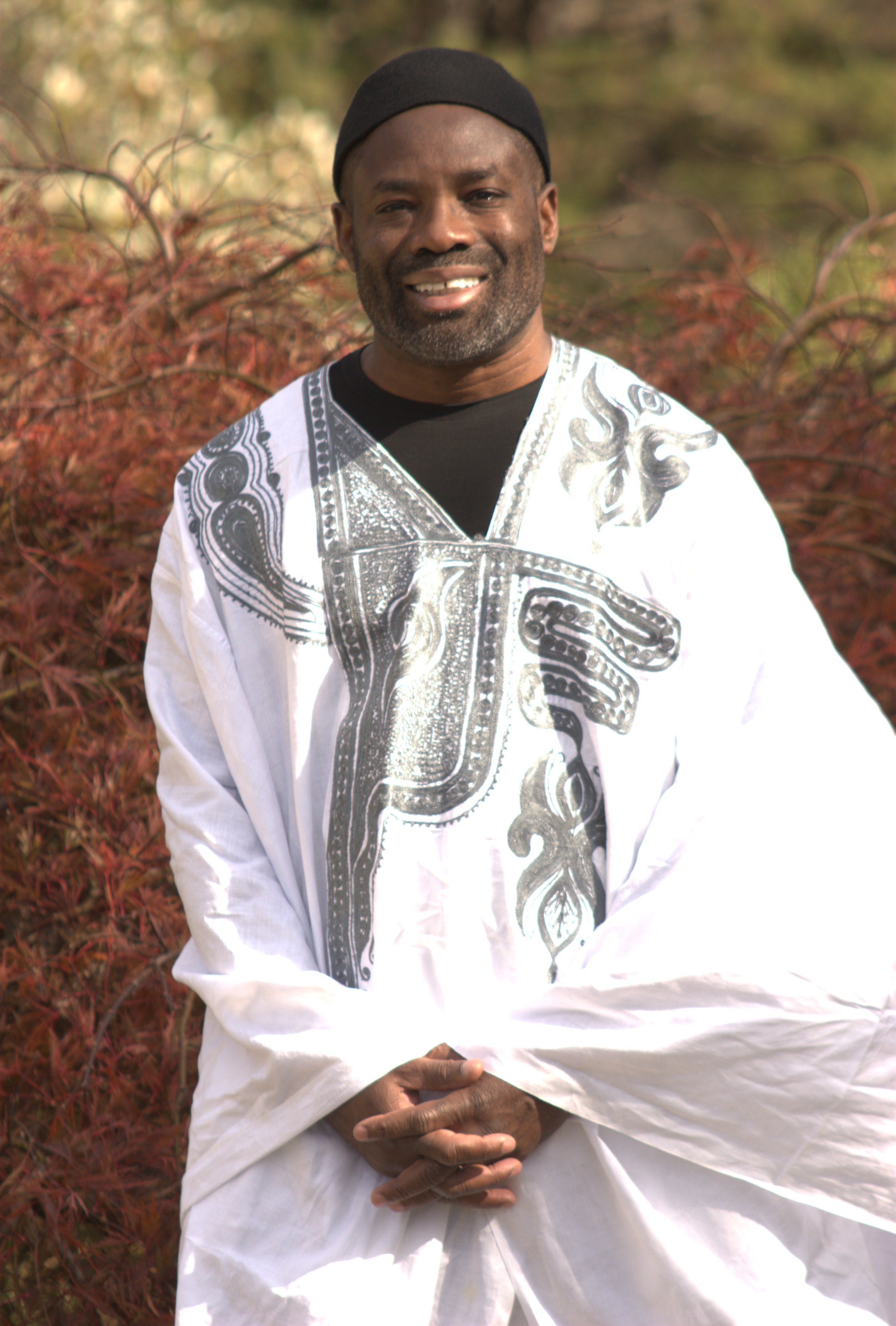 The Boubou is a classic, stylish, and functional Senegalese robe worn by men and women all over Africa. Sewn from one piece of fabric, it is usually about 150cm wide and varying lengths (depending on the wearer’s height). Also, there is the more elegant grand Boubou which employs 300 cm-long fabrics and reaches to the ankles. Traditionally, designers make boubous by folding the fabric in half, cutting out a neck opening, and sewing up the sides halfway up to make sleeves flowing along the sides. For women, the neck is rounded and large. Men have theirs long and V-shaped. 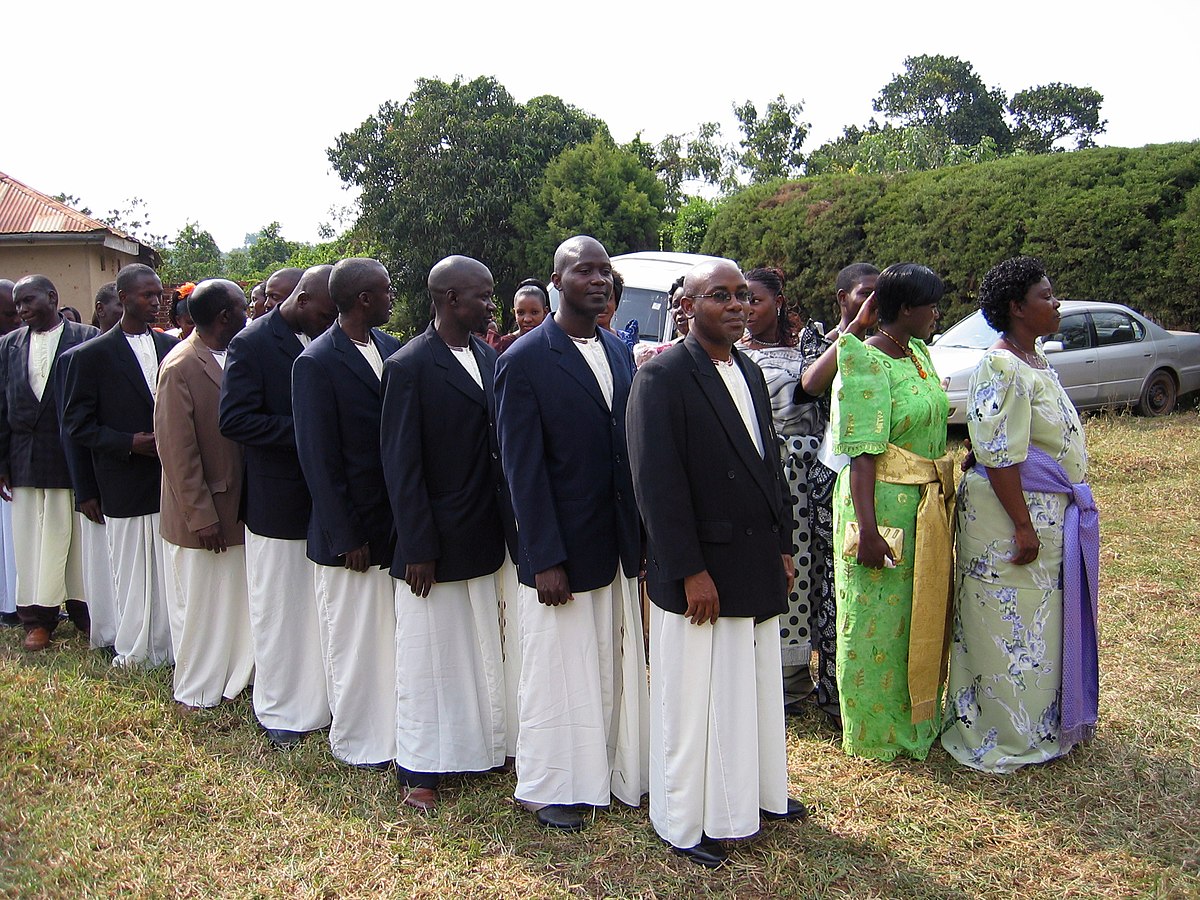 Kanzus are white or cream African traditional clothing worn by men in the Africa Great Lakes region. These include Burundians, Congolese, Ethiopians, Kenyans, Malawians, Rwandans, Tanzanians, and Ugandans. The English call it Tunic, and the Arab, Thawb. It is especially popular in Uganda, where men wear it to weddings and festivals. “Men of culture” wear the Kanzu to give them an aura of authority and sophistication.
ALSO READ: 20 African Print Dresses That We Are Totally Crushing On This Fall 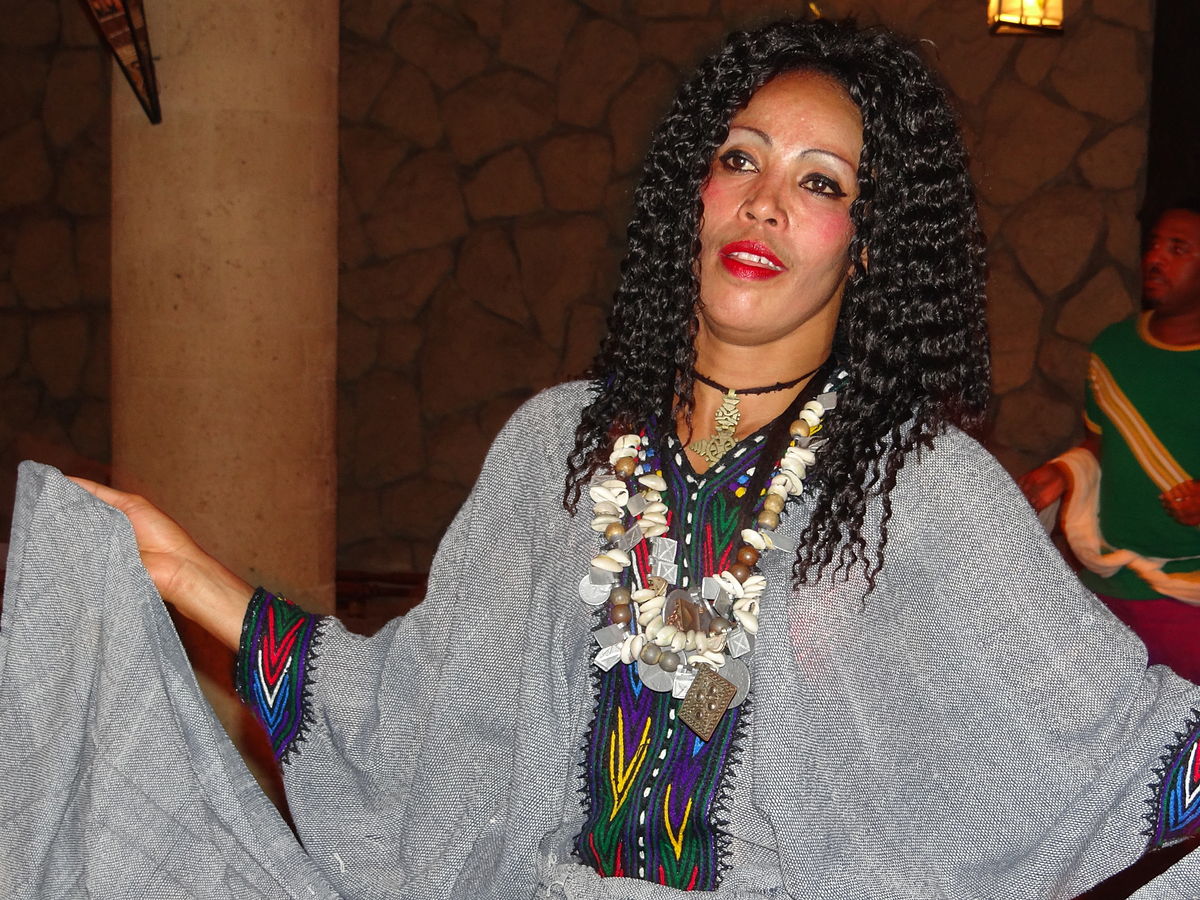 The Habesha Kemis is African traditional clothing belonging to the Habesha women of Addis Ababa, Ethiopia. Habesha Kemis is usually a robe that stretches from the neck to the ankles. It is common among Ethiopian and Eritrean women at formal events and vacations. Nowadays, it comes in various forms of short- or long-sleeves. It typically comes in grey, beige or white shades and is sewn from cotton fabric. 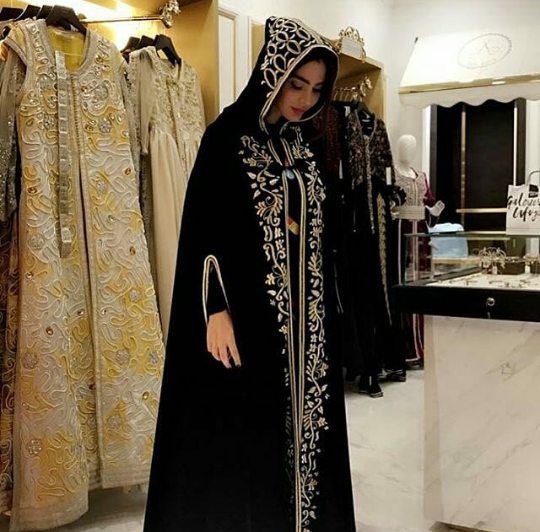 Also known as the Jillaba, the Djellaba is a long, loose-fitting unisex robe. It is usually full-sleeved and worn also in the Maghreb region of North Africa. Traditionally, the main material for designing djellabas is wool. However, these days lightweight cotton djellabas have become trendy. Djellabas often sweep the ground, but sometimes lightweight variants are slimmer and shorter. Men wear light-colored Djellabas along with an Arab fez hat and babouche footwear for religious festivals and other occasions.
ALSO READ: Nigerian Mowalola Ogunlesi And Five Other Young Designers To Dress Barbie For 60th Anniversary 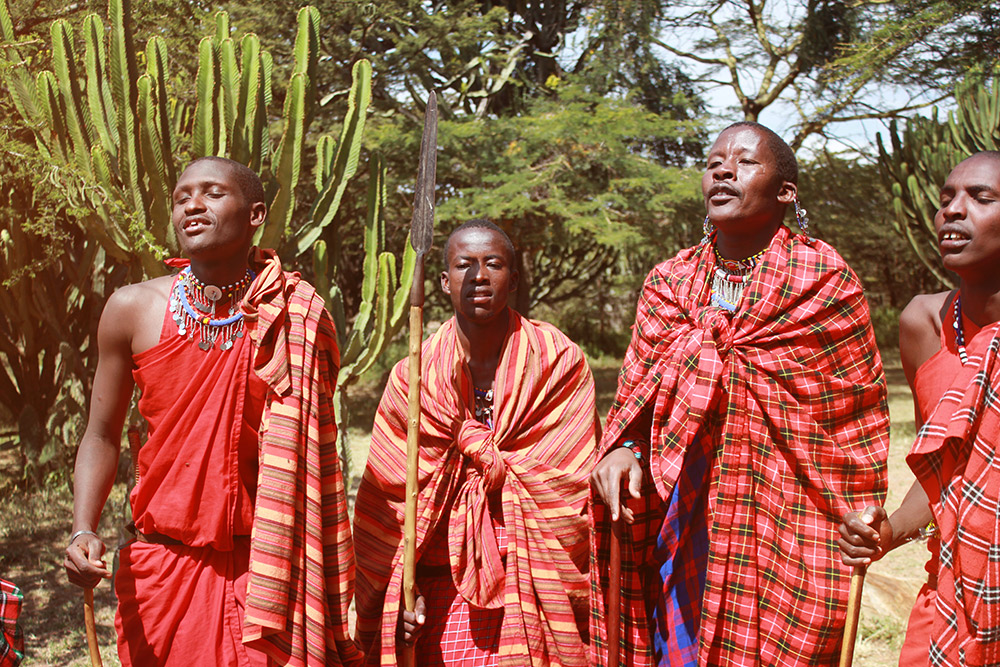 Shuka is traditional African clothing that belongs to the Maasai people of Tanzania and Kenya. Popularly called the ‘African Blanket’, It is often red with black stripes. Before the colonization of Tanzania and Kenya by the Scottish, chiefs and community members wore Shuka as a traditional garment. Today, it is also gaining traction as urban wear. Workers wear a variant of this traditional clothing to their places of work. Although only the Maasai originally wore Shuka, it is now gaining acceptance all over the globe.

Dashikis are African traditional clothing indigenous to the Ewe people of Ghana. They are also colorful garments that cover the upper part of the body. A Dashiki is a Unisex loose-fitting shirt, long or full-sleeved with an embroidered V-shaped collar. They also come in many colors and forms. Most times, Ghanaians wear Dashikis with drawstring pants for formal and informal occasions. Although once common in Ghana and a few West African nations, Africans and blacks in the West now wear them. Dashikis are stylish and easily point the wearer back to their roots. 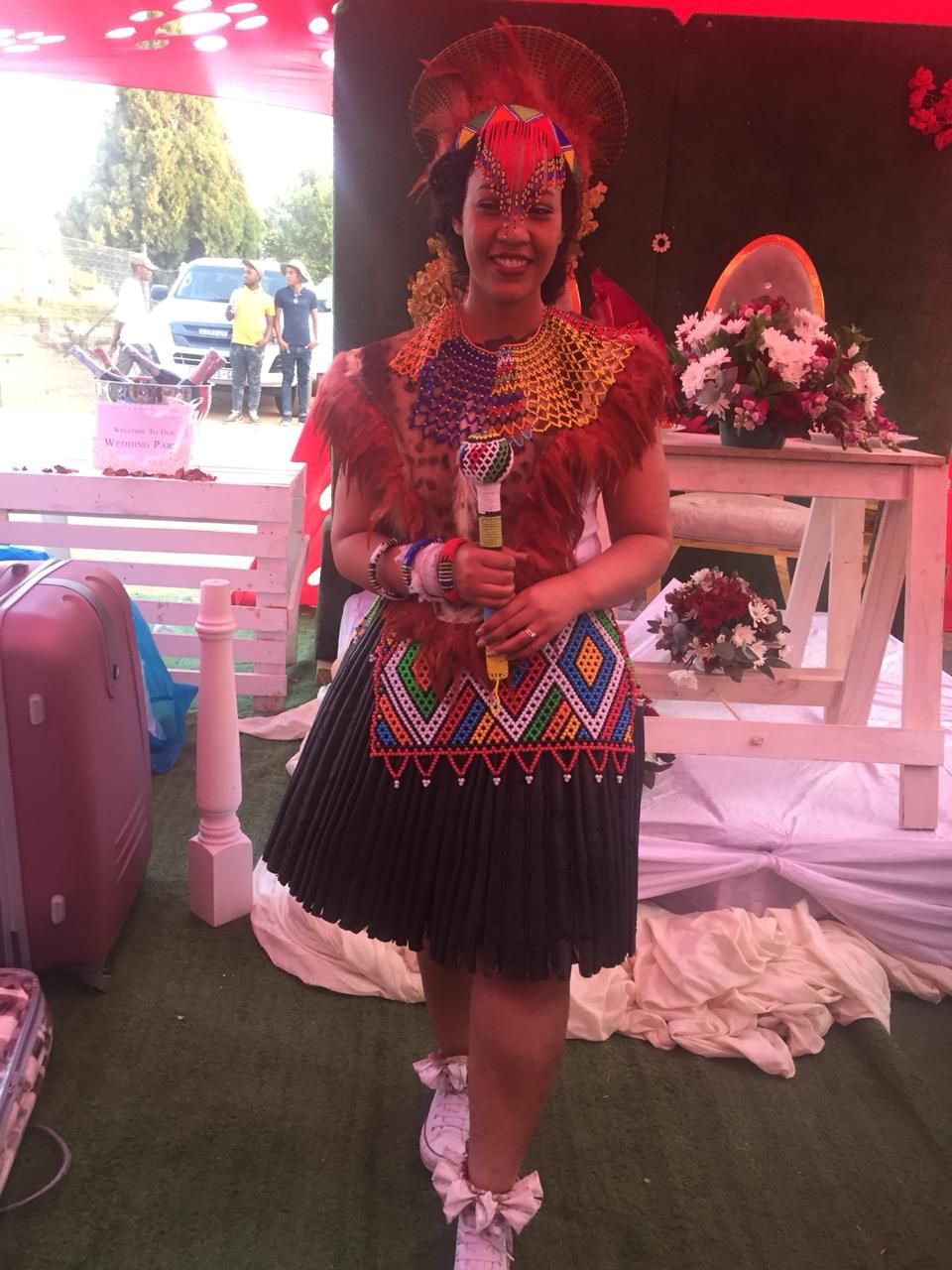 Isidwaba is a popular dress among the Zulus. Otherwise known as Isikhakha, Isidwaba is a traditional skirt worn by betrothed or married women in Southern Africa. It is usually a leather skirt, also made of cowhide or goatskin. The lady adorns it with colorful mat-like fabric. Since the 19th century when it came into existence, Isidwaba has maintained its form and design among the Zulus. Traditionally, fathers of brides give out Isidwabas to their daughters from the cow the bride gets during her coming-of-age ceremony. Subsequently, when a bride is about to wed, she has to wear the skirt on the day of her marriage.

The Isiagu finds its roots among the Igbo people of South-East Nigeria. ‘Isiagu’ literally translates to ‘the head of a leopard’. In addition, it will surprise you to see that the cloth has the head of a lion. Well, the lion is taking over the totem reserved for the leopard. The Isiagu marries a silk fabric with the head of a lion emblazoned in a definite pattern. It is a long, loose-fitting top usually worn over a pair of black trousers or knitted wrappers tied around the waist. Interestingly, the Isiagu is also more of a status symbol among Igbo men. They wear it for formal occasions such as coronations, traditional meetings, and funerals of Chiefs. 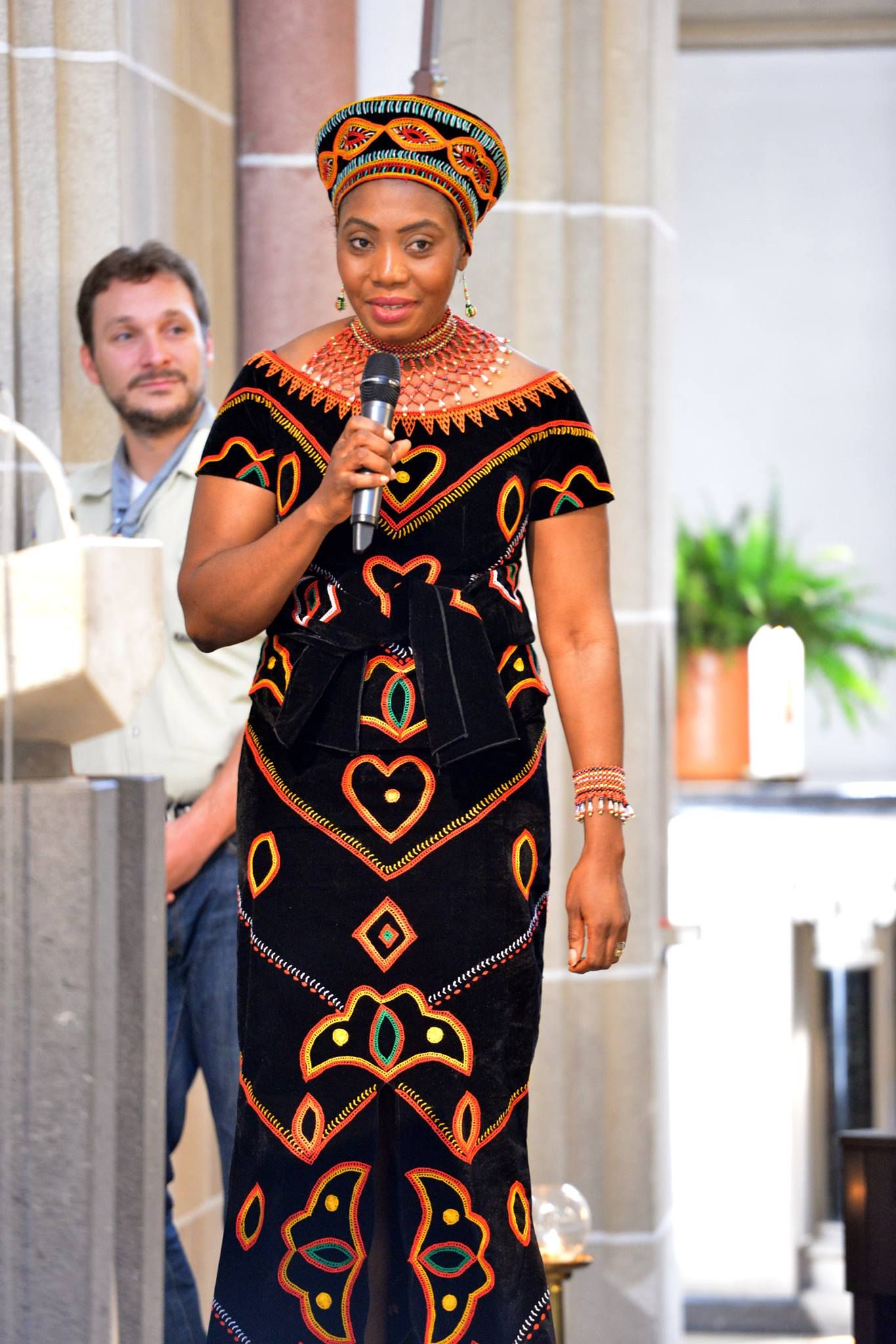 Next, the Toghu is a traditional outfit that is indigenous to, and very popular among the Bamileke people of North-Western Cameroon. In the past, only men and women of royalty wore the Toghu as a sign of traditional superiority over the commoner. It is also a traditional attire suite for investitures, traditional coronations, and other festivals.

By design, Toghu is an embroidered, colorful attire. It is made of a black velvety fabric which is heavy to wear. Since the turn of the 21st century, Toghu has gone global as more African Americans continue to trace their roots back to Cameroon.

Moreover, these traditional African clothing have deep roots in their ethnic origins. They also embody the cultural heritage and diversity of Africa. Unfortunately, for a list as short and elaborate as this one, it is OK for some important clothing to be missing. However, if there is an important traditional African clothing that deserves to be on this list, let us know in the comments box below. Do you know the name of your traditional clothing? Feel free to share with us too.