Michelle Obama is dazzling in pieces from Nigerian designer, Duro Olowu. She has also rocked some beautiful pieces from ASOS‘ Africa fairtrade collection, which is made in Mombasa and is dedicated to creating jobs and helping underprivileged communities in Kenya. She was recently spotted in one of Duro Olowu’s fab colorful print pieces previously worn on Oprah’s show a few months back on her way to New York for the United Nations General Assembly. 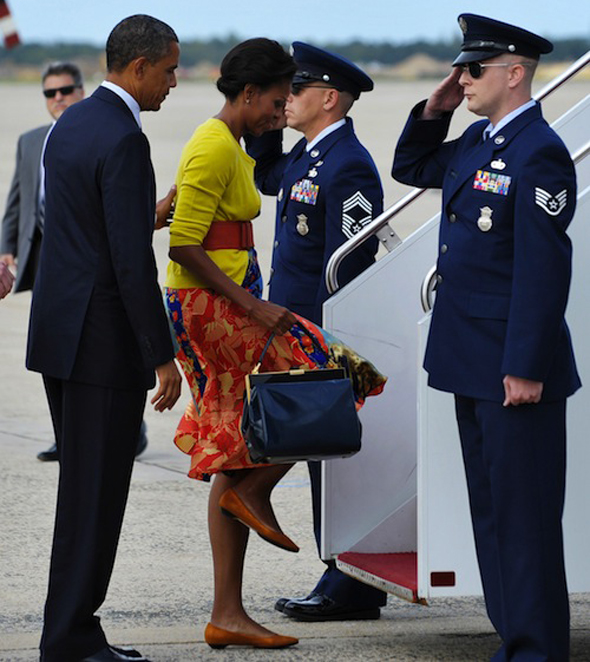 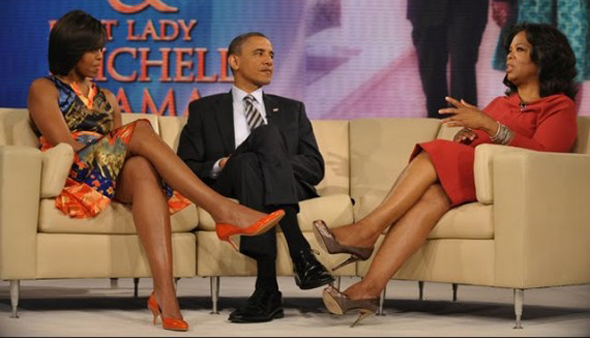 (Left)Michelle in Duro Olowu – Photo Credit EPA(Right)August 24, 2010 Where: Leaving the State Road restaurant after having dinner with friends in West Tisbury, on the island of Martha’s Vineyard, Massachusetts. Photo: CJ Gunther-Pool/Getty Images