In Epworth, a town that lies in the Southeast of Harare, the Capital of Zimbabwe, 17-year-old Natsiraishe Maritsa is leading a small band of young girls as they practice Taekwondo. Maritsa has always been a fan of the art since the age of 5. Now, she teaches it to other girls. However, her reason is far beyond self-defense. It is her way of fighting child marriage in Zimbabwe.

Zimbabwe is among several African nations where child marriage is rampant, despite being outlawed. Prior to the 2016 constitutional amendment, girls could be legally married at the age of 16. However, this was struck out and the legal age for marriage is now 18 years.

Day 14 of 365, Natsiraishe Maritsa, aka @taekwondokidzw, shares more on how she is using the power of Taekwondo to promote girl empowerment and prevent early marriages in her community in Epworth #Zimbabwe. #WhyNot365 #WithHer @GlobalSpotlight @euinzim @UN pic.twitter.com/MyQIeYYPke

ALSO READ: World AIDS Day: How Far Has Africa Come In The Fight Against HIV/Aids?

In the rural communities of Zimbabwe, this odious act is still being practiced. Girl children are still being given off to marriage at a very early age. The number one reason for this being poverty. Zimbabwe is not facing this alone. Child marriages are still prevalent in many African countries. According to UNICEF, child marriage is prevalent in West and Central Africa where about 41% of girls marry before the age of 18. With Niger, Chad, and Central Africa Republic (CAR) taking the lead. 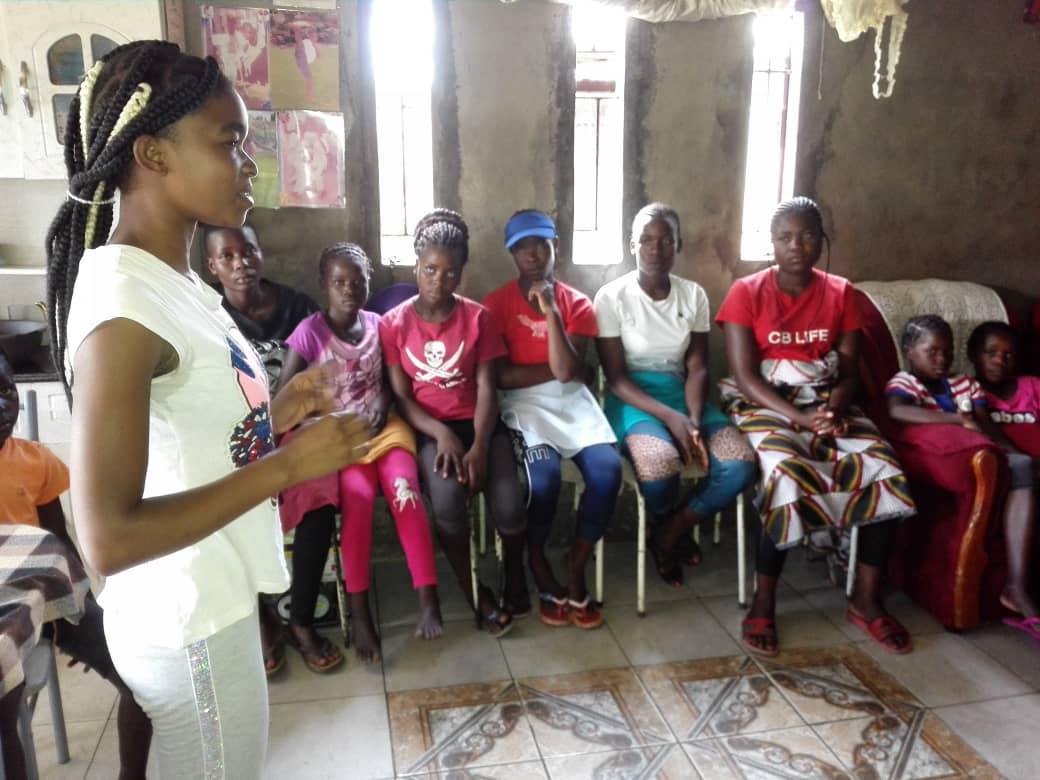 Natsiraishe Maritsa addressing a group of girls in one of her sessions (Photo credit: @taekwondokidzw)

The Impact Of Child Marriage

Poverty and religion are among the top reasons for child marriages in Africa. Many poor families especially those in the rural areas are desperate. The high birth rate and low income put these families at risk of starvation. Many of them resort to marrying off their children to survive on the proceeds of the marriage or to reduce the number of dependents in the family.

The rates of Child marriages in Zimbabwe are extraordinarily high 1 in every 3 Zimbabwean girls will marry before age 18. By responsive & proactive measures against child marriage, girls will be empowered by maintaining good health, get access to education @SafeSpeak @WomenEmpow pic.twitter.com/yxWV3oVTPw

On the other hand, religious believes also influence child marriages. Many religious sects are known to encourage early child marriage. The consequences of child marriage are often severe. First, the girls have to drop out of school. It is difficult for young mothers to cope with school while taking on the responsibilities of being a mother. Also, they are several cases of neglect, abuse, marital rape, and health-related issues.

ALSO READ: Remembering Victims Of Child Slavery And How To Put An End To The Menace In Africa

How Natsiraishe Maritsa Is Fighting Against Child Marriage In Zimbabwe

Maritsa’s plan is simple but genius. She draws these young girls in with the art of taekwondo. According to her,

“Not many people do taekwondo here, so it’s fascinating for the girls, both married and single. I use it to get their attention”.

Her band of girls, some of who are just 4 years old, consists of former schoolmates and other girls who are interested in learning taekwondo. While curiosity is the first step in bringing these girls together. Maritsa then encourages each one to share their stories and experiences in marriage.

Meet some of our members

This helps to discourage the young unmarried girls from taking the same path in life. In an interview with AP, Maritsa explains how she uses the voices and stories of these burdened young girls to discourage and fight against the prevalence of child marriage. She referred to her sessions after the training as a “safe place” for the girls. This isn’t far from the truth as these girls readily pour their hearts out to each other.

#Zimbabwe welcome to our world

We are your kids and we humbly request your help to in the form of knowledge on how to run a chicken or detergents making project or any other project.

We also appeal for funding for these projects. pic.twitter.com/Eydeg06O22

ALSO READ: Types Of Insurance To Secure Your Children’s Future

Hope For The Future

Together with her band of girls, Maritsa formed an association called Vulnerable Underaged People’s Auditorium. Her plan is to build hope and confidence in the young girls through taekwondo and the group discussions that follow. The sessions are held in the house where Maritsa lives with her parents. Its small size limits the number of participants in each session to just 15. However, Maritsa isn’t deterred by her limited resources. She’s determined to keep fighting with what she has. 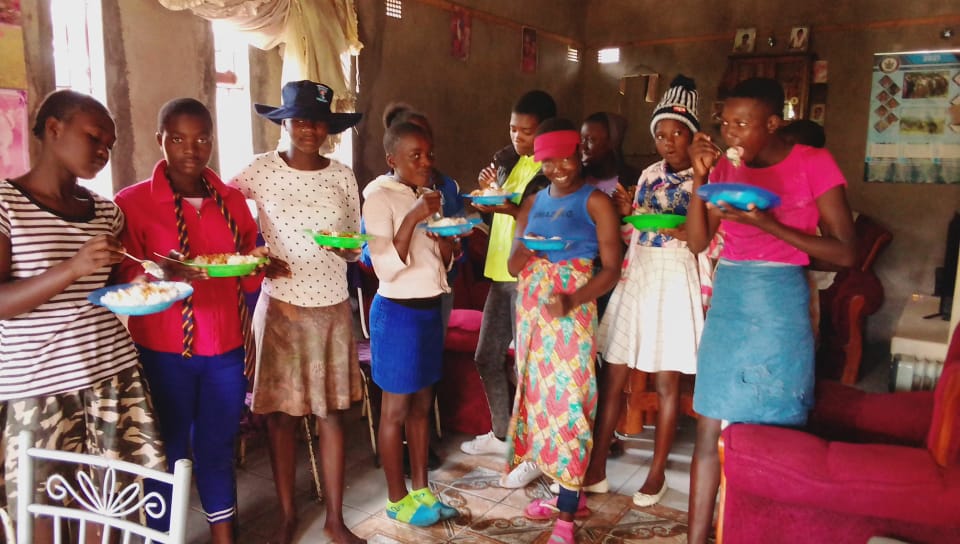 Lunchtime during one of Maritsa’s sessions. The food is provided courtesy of donations from different volunteers. (Photo credit: @taekwondokidzw)

Despite her best efforts, Maritsa agrees that there is still much to be done to eliminate the negative perceptions held by these young girls. Many of them have been brainwashed especially by religious and cultural upbringing. Also, the devastating effects of the COVID-19 virus worsen the already dreadful situation. The mandatory lockdown resulting from the pandemic could undo what she has worked so hard to achieve.

This is because Maritsa had to put her sessions on hold and many of the young girls will be spending so much time at home with families that are struggling financially. However, Maritsa’s resolve is unwavering as she hopes to resume her sessions once the lockdown is lifted. Hopefully, Maritsa’s story will inspire others to join the fight and end this violation of the girl child’s right.

Hyundai And Kia Set To Build Assembly Plant In Ghana By 2022. Is Ghana Becoming The New Investor Hub In Africa?